The long version: It’s complicated. In November 2014, the New York City Department of Information Technology and Telecommunications authorized a consortium called CityBridge to install, operate, and maintain the kiosk structures. Several members of this consortium have bought each other, merged and switched names since then.

As of this writing, the consortium is controlled and led by a company called Intersection, which is owned by Alphabet, the same mega-corporation you-never-heard-of that technically owns Google. Actually, Alphabet is Google. The latter’s corporation’s founders shifted around its ownership structure establishing a new conglomerate, Alphabet, in October 2015 and turned Google’s various holdings into subsidiaries of Alphabet.

Titan was the subject of controversy in 2014 when it was discovered that it had installed and activated bluetooth beacons in New York City’s pay phones. Back then, Mayor de Blasio ordered the beacons turned off and removed. Titan has now merged with Control Group to become Google-owned Intersection. And, there are bluetooth beacons on all LinkNYC kiosks.

The other companies involved include Qualcomm, a telecom conglomerate that makes microchips and geolocation tracking technology and Comark that is building the physical booths.

Selling your data to advertisers, and possibly to the government (See also: Why is LinkNYC a Problem?, these multinationals expect to recoup their investment. 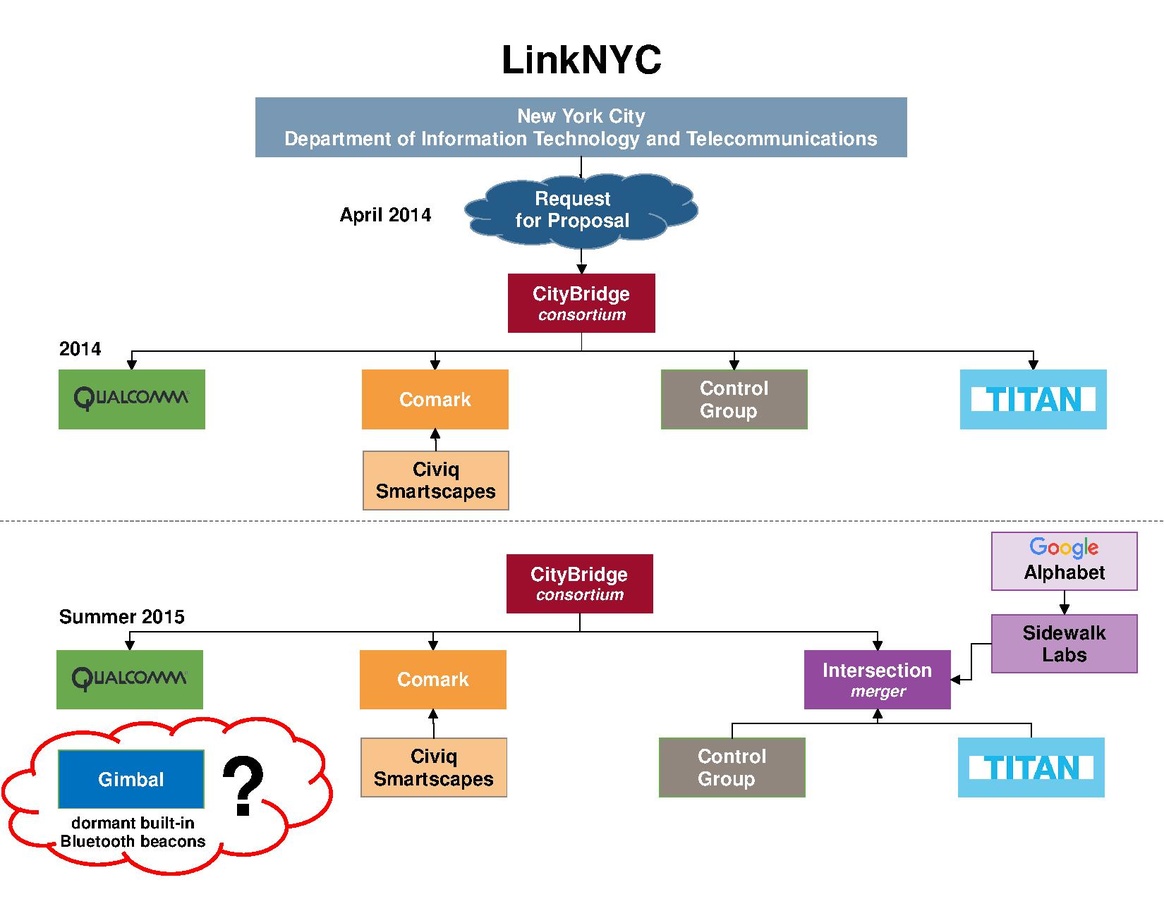